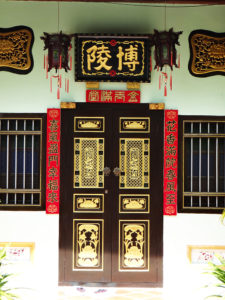 you are. Situated on the Malaysian island of Penang, this bustling capital city astounds in its Hindu temples, mosques, Chinese shrines, shop houses and old British colonial buildings in a show of multiculturalism and diversity that extends from its architecture right into its culinary landscape which is ranked as one of the best in the world.

A place of street food, of Little India, of urban art, trishaw paddlers and one-hundred-year old clan jetties along the bright blue Strait of Malacca, George Town is a heady mix of Chinese, Malay, British and Indian eats and exteriors. 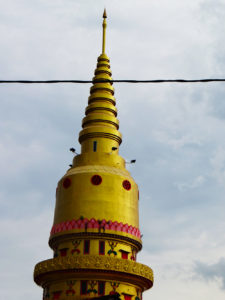 Famed for its Chinese New Year festival, the Hindu festival of Thaipusam and the spirit appeasing, Hungry Ghost Festival, George Town has to be experienced to believed and is a must see in Malaysia.

If you have 24 hours in this sensory explosion of a city, keep these tips in mind when you eat, see, drink, stay and drive. 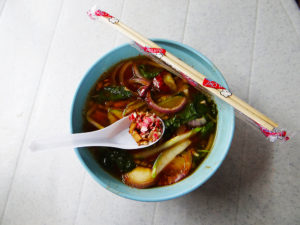 Talking about George Town without talking about food is not talking about George Town at all.  World renowned as a street food destination of dreams, the city offers a walking buffet of Indian, Chinese and Western style restaurants and coffee shops at hawker stalls, down Chulia Street, Pulau Tikus and in and around Gurney Plaza. For mouth-watering Chinese eats, try Tek Sen restaurant, head to Restoran Jaya for assorted curries and roti canai, eat your char koay teow old school from hawker stalls and get amped for it all with a shot of espresso and a salmon bagel at The Mugshot. With eats cheap and assorted, George Town is without a doubt a place you’ll roll out of. Forget your diet and wear loose fitting clothing. 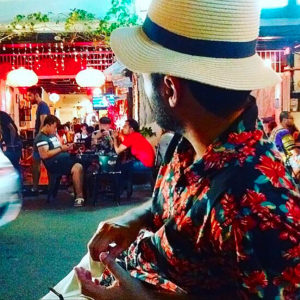 When it comes to drinking, George Town’s main and most trusted drag is Chulia Street. Filled with backpacker bars and lively liquor spots blaring live music into a street that never sleeps, George Town’s night life is largely laidback though more upscale nightclubs are sprouting up all over the place and insisting you buy your booze by the bucket or as a beer or vodka tower. Less concerned with wholesale is the cool and comfortable Olive Kitchen + Bar on Penang Road.

A gastropub serving great grub and quick cocktails, Olive joins Tree Bar of the free wasabi peanuts, Soho, Mish Mash, China House and Coffee Tea or Me as the places to be. A note for the inebriate: Malaysia, a Muslim majority country, has the third highest tax on booze in the world, so alcohol is ouch. 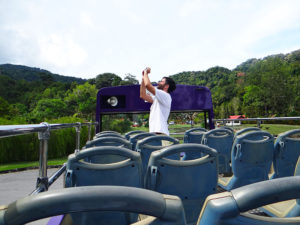 One of the easiest ways to see George Town is by taking a whirlwind tour. For this, buy a ticket on the Penang Hop-on Hop-off Bus. Offering tickets valid for 48 hours for patrons to hop on and off on both their beach and city routes, this open-top bus tour is a must for the time poor. 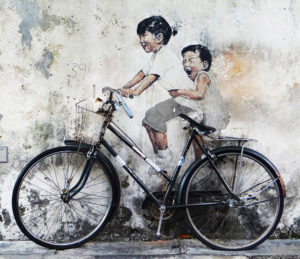 The tour includes stops at Penang Hill which has one of the best views inthe city, the botanical gardens, a newly revamped Komtar, the sixth tallest building in Malaysia, as well as stops at historical sites and temples such as Fort Cornwallis, Blue Mansion and Kek Lok Si, a sea facing temple said to be the largest Buddhist temple in Malaysia.

A stop at the the World Quay Clan Jetties is essential as is a selfie extravaganza in front of Armenian Street’s wealth of street art and a visit to Batu Ferringhi. Situated just 12km from George Town, Batu Ferringhi is a sight of sandy beaches, multi-coloured umbrellas, water sports and cocktails served right to your lounger along the Northern Coast of Penang Island. 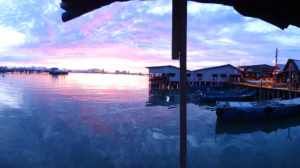 In George Town, accommodation is as abundant as food. Offering funky backpacker options in and just off all the Chulia Street action, wonderful mid-range options and lavish sea-facing hotels for the balling and boujee, George Town has something for everyone.

For me, they have the Bayview Hotel. Within walking distance of the party, the food and the culture, Bayview is a top but relatively affordable spot that boasts a scenic pool, jacuzzi, gym as well as the view-tastic Three Sixty revolving restaurant and Sky Bar. Also worth one night or two is My Chew Jetty Vacation Home. Bare-bones and functional, this homestay is situated at the historic Chew Clan Jetty where everyone is friendly, living in a hundred-year-old house on stilts and a Chew. Delight Papa Chew by asking for an iron Don’t.  Use Malaysia’s answer to Uber and install Grab or make the most of this scenic city and walk. With or without sidewalks. Seriously, they aren’t any so just walk in the street with caution, cross wide roads during brief breaks in traffic and run for your life. 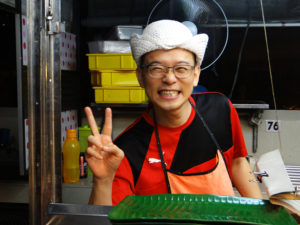 A Guest is God in India