The sea scares me a little. Not when I’m sucking down sushi in a restaurant overlooking it in Swakopmund  but more when I see this tiny, rusted up deathtrap of a thing pulling up to the jetty in Walvis Bay and I pray to 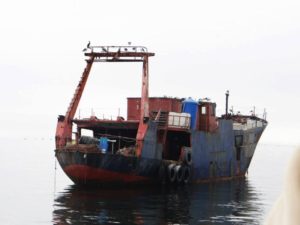 Poseidon that it is not the property of SunSail Catamarans.

Though I’ve read Moby Dick, watched the Titanic and Googled the hell out of the drowned demise of Natalie Wood, for some reason I’m at Walvis Bay harbour waiting to board a seal and dolphin cruise while wondering whether to moan about the  early hour or the two glaciers formerly known as my butt.

Fortunately, I do neither because just as the SS Rickety glides out into the ocean, a sparkling, large and thoroughly posh looking catamaran pulls up  with a shiny black seal waving hallo from the hull. 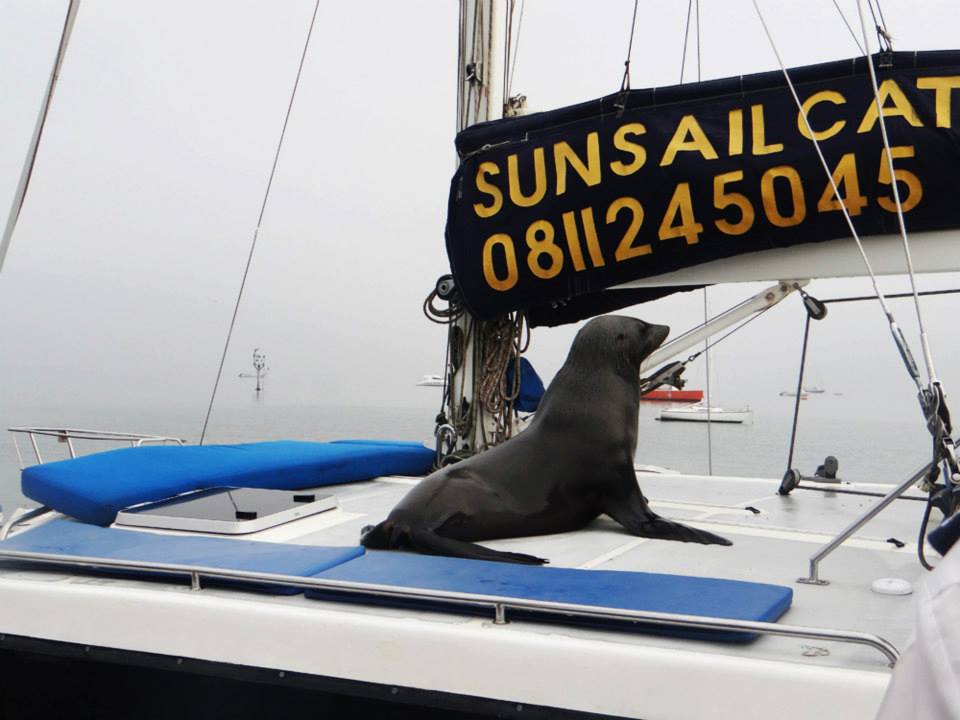 As humans do when faced with such unadulterated cuteness, the cruise contingent on the jetty ooooh, aaaah and snap away with gusto before boarding the boat with chattering teeth and the dread of drowning quite forgotten.

After finding a seat and looking around at my shipmates, I am pleased to see that it is quite the international affair. 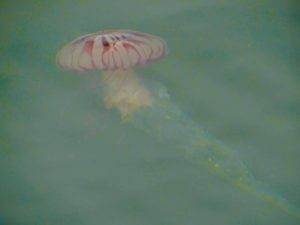 To the left there are some geriatric Germans clearly quite skilled in the art of bundling up, sitting above them is a ridiculously good-looking Brazilian troika who are more easy on the eyes than they are quick with a smile and to the right a jovial set of Chinese men flash me a grin when they catch me staring at them all too intently. 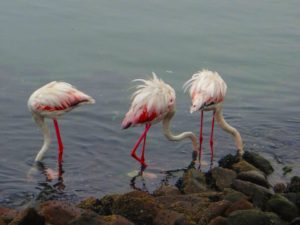 Adding to the intercontinental atmosphere is our English, Afrikaans and German speaking skipper who I take to calling “Gerard” because I missed his name and he reminds me of a young Depardieu.

As is appropriate, somewhat dog-eared jokes abound between house rules and another seal hops on aboard to do a little bit with Gerard who rewards him with the contents of a sack of whole fish.

By then we have surged out into the Atlantic and Gerard announces that coffee will be served as we take in the sea being kissed by mist which turns faraway vessels into ghost ships. 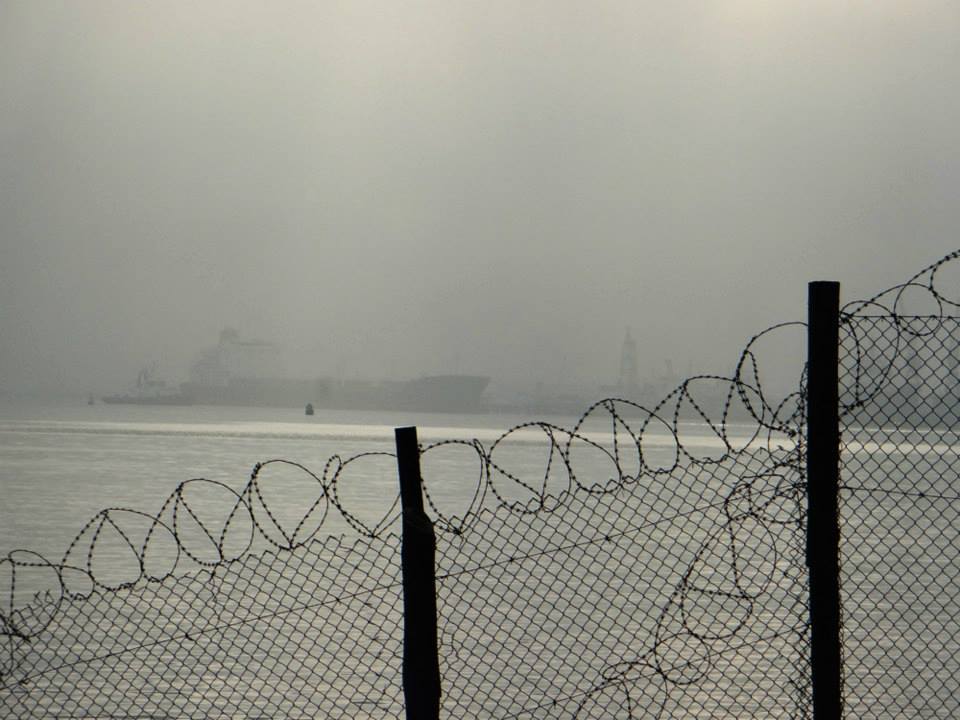 “Coffee,” of course, is nautical for sherry and we all feel like a rabble of rebellious pirates as we sip on wine before 9am while doing our best not to give in to Jack Sparrowisms….savvy?

With a little booze in ye olde belly, our cruise begins in earnest and Gerard tells us some fine though fleeting things about the beautiful birds swooping low over our catamaran.

A sky show that involves him tossing some fish into the air brings seagulls and pelicans within arm’s reach and while it is a marvel and a moment to remember, I cower a little what with being a fan of Alfred Hitchcock. 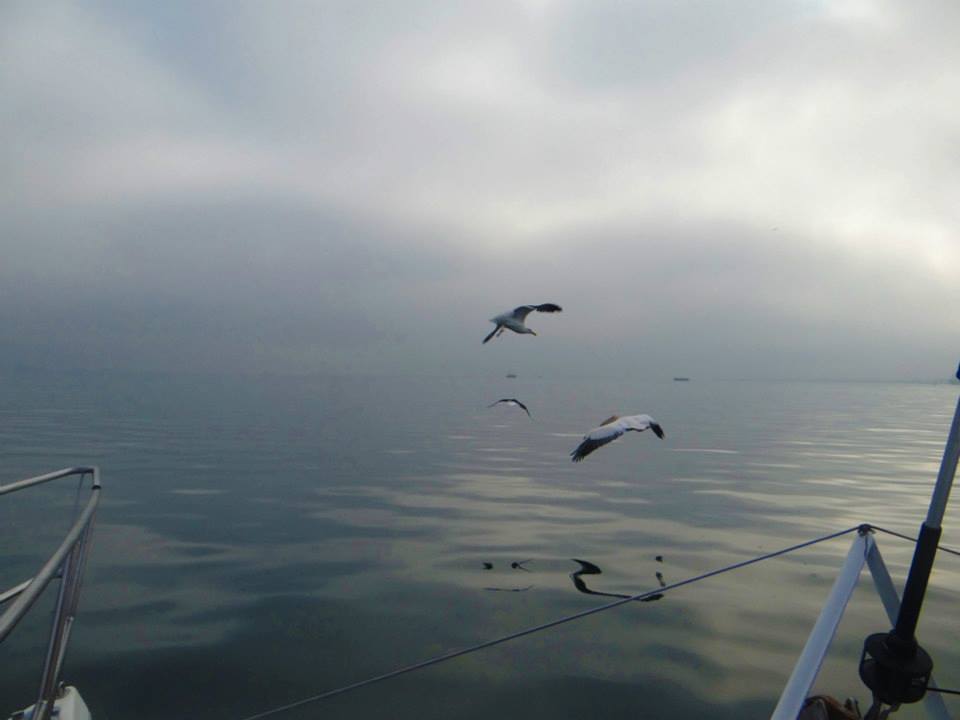 Out and away we go. We pause at the wreck at Pelican Point, we slow past an eerie looking lighthouse on a sandbank and  our mouths water at the sight of the oyster lines which no doubt house more aphrodisiacs than Hugh Hefner’s medicine cabinet.

All the while Gerard is dropping knowledge in both English and German. Though I must admit the snack of champagne and oysters has somewhat dulled my interest.

What gets everyone up and at it again is the sight of dolphins frolicking in our wake and as we snap away a voice crackles in over the radio and says a North Pacific gray whale has been spotted near our location.

And, clearly, this is a big deal because I have to hold tight to my champagne as we race across the water towards the coordinates.

What we see is a bit of grey back which thrills all the boats crowded around the spectacle and I hear through the grapevine that it is the first recorded time that species of whale has travelled to the southern hemisphere.

That IS something and after seeing a jellyfish and a seal colony, my day is quite epically made. Even more so when SunSail serves dessert with the last few bottles of champagne before paddling us back to the harbour having seen a bit of history, learnt a little about lighthouses…and smelling spectacularly of the sea. 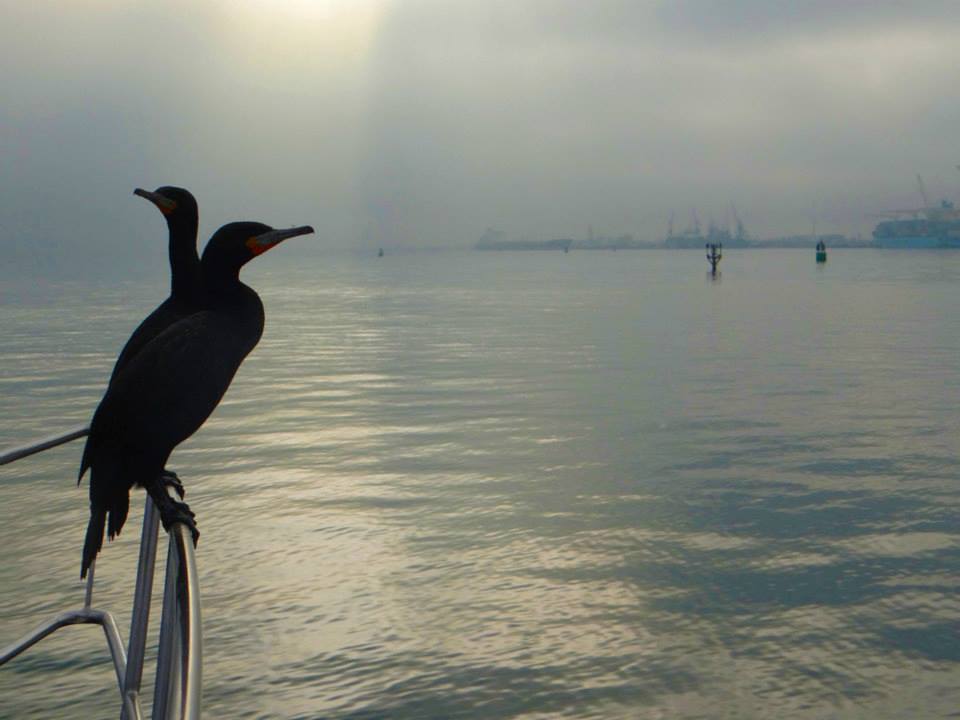 10 Things I Hate About Swakopmund