Imagine, for just a moment, a world full of Chews. 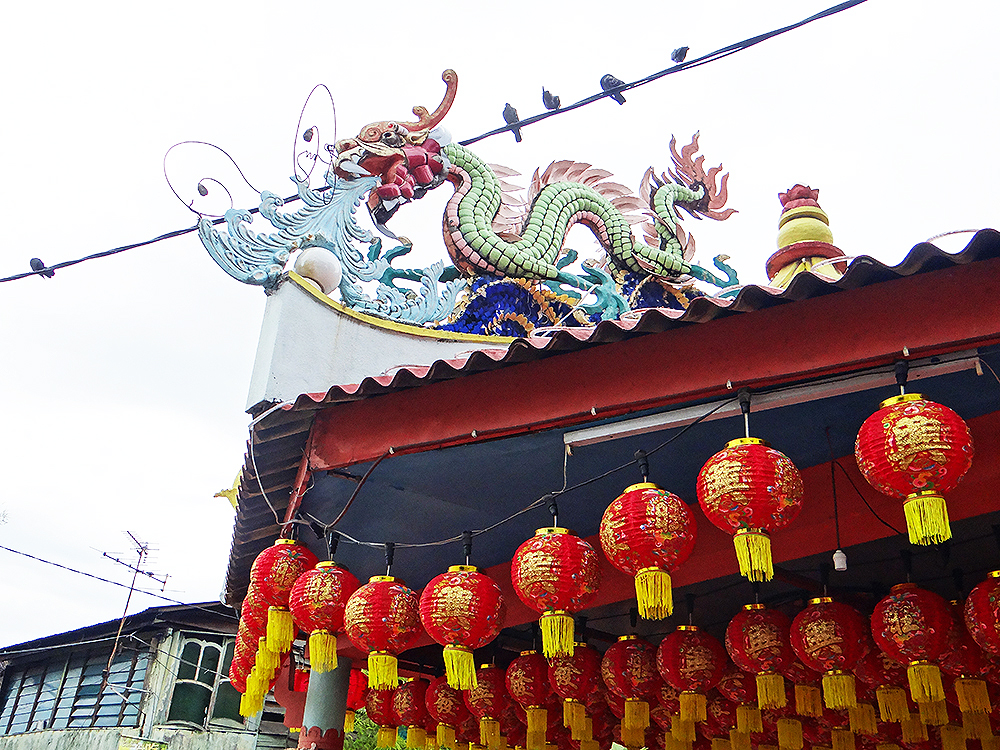 Papa Chew welcoming visitors to a humble but comfortable homestay overlooking the Strait of Malacca. 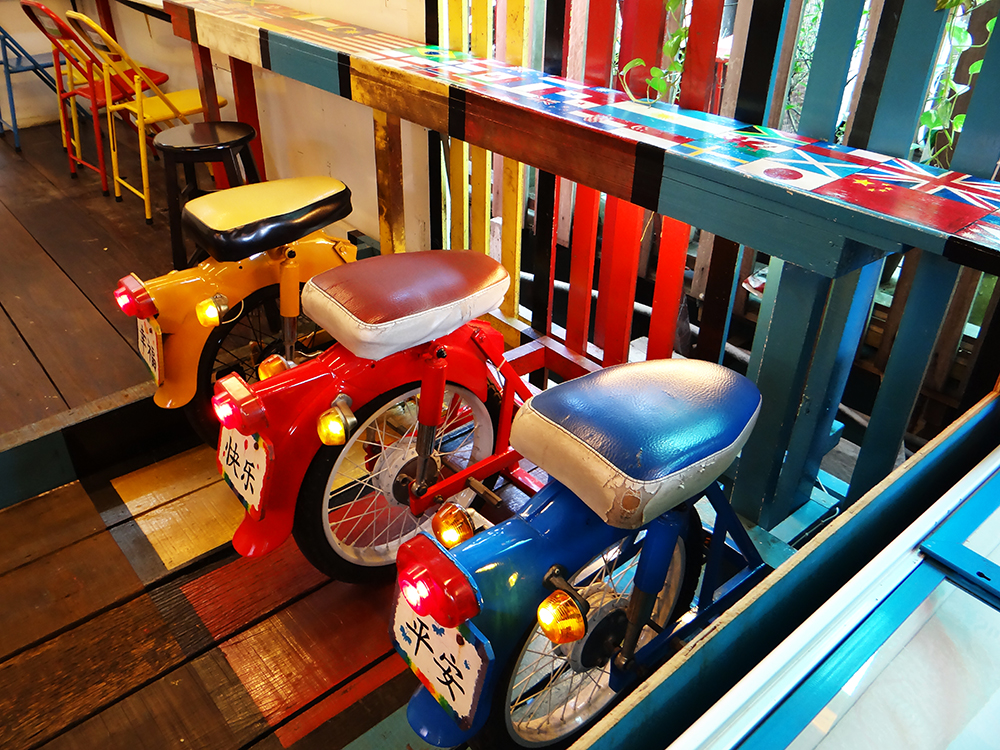 Though it sounds like something out of a Roald Dahl novel, The Weld Quay Clan Jetties are as real as you and me.

The over a hundred-year home of various Chinese clans who travelled to the Malaysian Island from Mainland China in the 19th century, today, the cluster of wooden houses held on stilts above the water exist much as they always have, inhabited by the descendants of those who first called these humble dwellings home.

The domain of the clans Chew, Lim, Lee, Tan, Yeoh and Kaoy, The Weld Quay Clan Jetties remain a curiosity to tourists who marvel at this slice of traditional living right alongside the modernity of vibrant George Town.

Most popular is Chew Jetty. 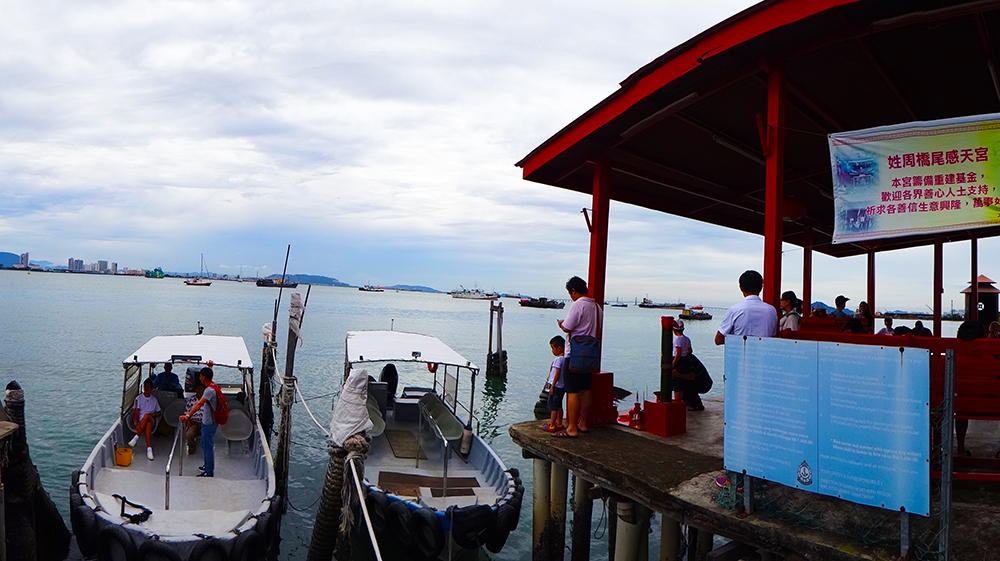 Once a thriving pier providing a living for the Chews as fishermen, labourers and boatmen delivering cargo from larger vessels to the shore, today many Chews have left the jetty to pursue more urban careers and lifestyles.

Those who remain seem to be caught in a moment in time.

A strange reality visitors can witness as they stroll down the long wooden walkway and peer into the houses on either side to catch a glimpse of families cooking meals, watching television or enjoying air conditioning inside the small wooden structures some of which bare signs indicating a slight vexation about voyeurs:

Though photography beyond selfies overlooking the blue waters of the Strait may be frowned upon, the Chews are a largely friendly bunch.

Having swapped much of their maritime activities to entice the rush of tourists who pour in each day, many Chews have set up simple shops selling souvenirs echoing George Town’s famed street art and architectural attractions.

Celene Chew, from her porch near the end of the pier, is doing something a little different.

Instead of peddling souvenirs and soft drinks, the vivacious mother ushers tourists towards a beautiful Indian henna artist named Varni whose lightning quick designs last a little longer than promised and cost a small fortune. 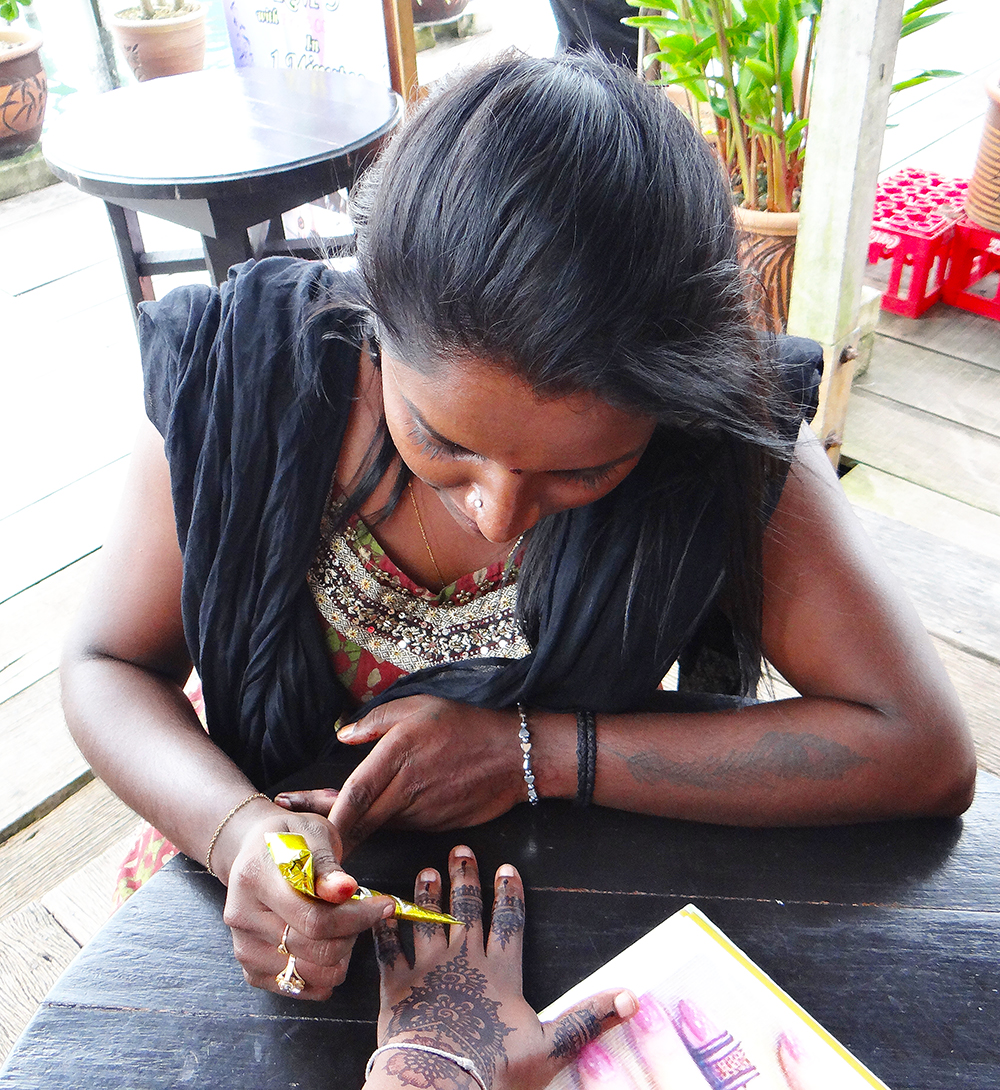 Though it’s a little odd to see an Indian woman working amongst the Chews, this meeting of Chinese and Indian culture which is unusual for the Chinese jetties is not so strange of George Town, a city renowned for its multicultural society and spectacular ‘Street of Harmony’ on which one can find a mosque, a church and Chinese temple.

Their partnership is a happy one. Varni smiles shyly, Celene shouts loudly and together they make art of arms which are often lifted then marveled at by strangers before pointing the way to the little tattoo parlour by the sea.

Beyond Celene’s porch which hosts non-committal tattoo enthusiasts from all over the world, there is a further coming together as scores of tourists photobomb each other in front of one of the most important shipping lanes in the world.

A UNESCO World Heritage Site as well as a part of the Penang Heritage Trail, Chew Jetty can also be home. 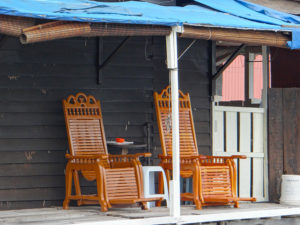 Welcoming visitors to My Chew Jetty Vacation Home via Agoda.com, a firm handshake and a courteous reminder to leave your heritage-scuffing shoes at the door, Papa Chew and his family offer guests a clean room, a decent Wi-Fi single and a shared shower for a song but what’s really on sale is the view.

The sky changing from blue to pink and orange as the sun sets over the Strait of Malacca, Penang Bridge formidable on the horizon and the Chews themselves. Waking at daybreak to clean their porches and lay out their souvenirs, smiling as they offer you an iron in their traditional settlement or happily clambering into boats like their forefathers. 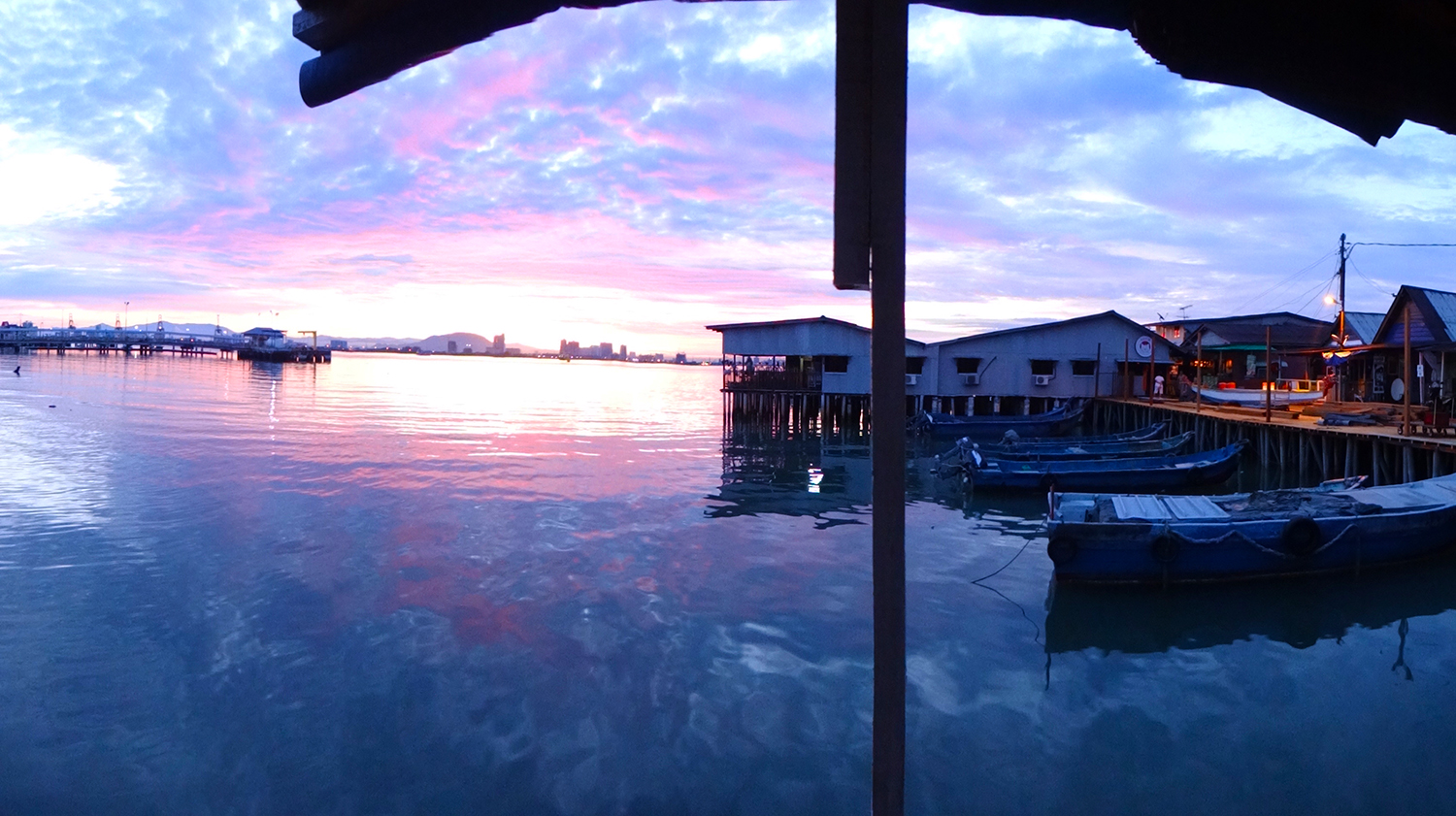