Some people’s lives begin with departure.

With a reluctant relinquishing of their homes to survive somewhere foreign but free as wars wage, regimes topple and peace is restored.

Perhaps this is why Fenny Ndapewa Nakanyete has always felt welcome.

She was born in exile in 1988 and though Zambia is not her home, she lived there with her mother playing happily under a neighbouring sky above the refugee camp that was her whole world.

Returned and raised in the Ohangwena region, the memory of her dearly departed mother would speak Spanish.

The Spanish she had learned while in exile in Cuba and which she sang while Fenny slept, whispered while Fenny listened and which led Fenny to university where she studied the language herself in remembrance.

A bittersweet commemoration that would so inspire Fenny’s life that she worked hard to earn a scholarship to do her Master’s degree in Spain where she attended a colourful and cosmopolitan university that allowed her to meet people from all over the world.

People, who like many people, find themselves bidding farewell to foreign friends they assume they will never see again and so say: “It was nice to meet you. Come and visit me in America/Argentina/ India/Japan.”

They don’t mean it.

A tiny but tall Namibian woman with a playful dreadlocked fringe over sweet smiling eyes whose life began with departure.

Fenny who has always felt welcome, has ever been curious and who feels the world is for the seeing and so takes these generous, inviting, unsuspecting people at their word and says: “Thank you. I will”.

This is how she became one of the many dwarves below Christ the Redeemer in Rio de Janeiro, marvelled at the elegant sky-grazing architecture in Tokyo and ate glorious eye-watering curries in India before gulping down cups of mate cocido in Argentina. 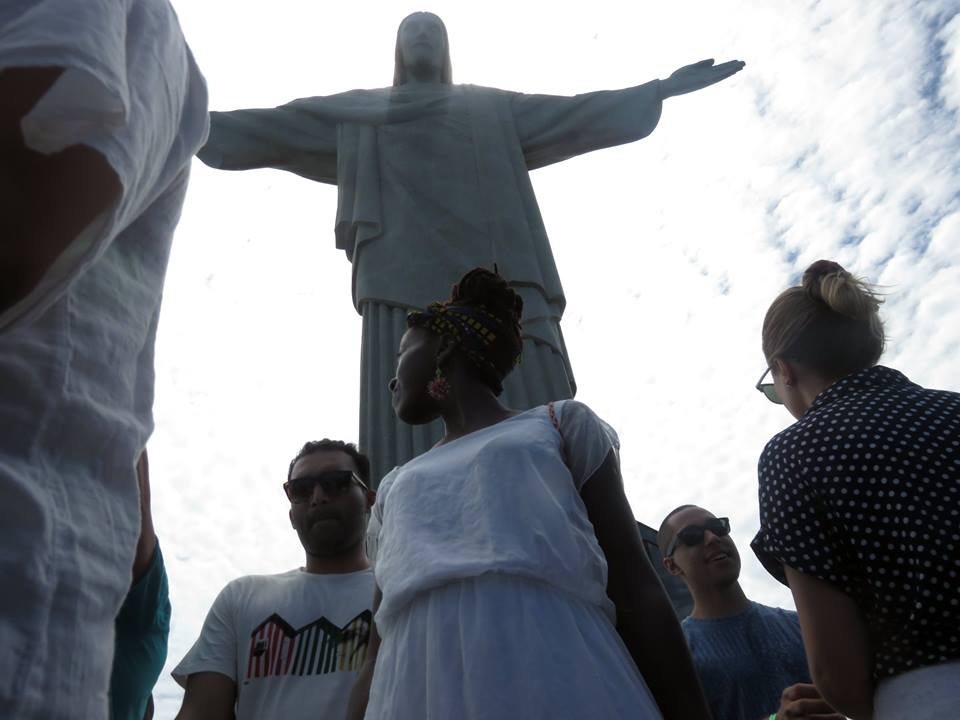 Even if it’s entirely irregular, Fenny is one of those trusting and adventuring souls who pick up the phone, send an email, asks you to write an invitation letter or be a contact on her visa form simply because you said she could visit you somewhere in the wide world.

Though her job as a geography lecturer doesn’t equate to any semblance of rolling  in cash, it is steady enough for her to anticipate her income and put some money away each month while foregoing things that may be priorities to others.

“I don’t owe anyone anything, I’m not rich and I do have many financial responsibilities but there is a point where I start saving for travel. I don’t drink. I don’t need to have the latest clothes or drive a brand new car and travel is what makes me happy so that is what I do with what I save. Everyone has different priorities,” says Fenny.

Foregoing fun though fleeting nights out in favour of some steady saving for a ticket after accepting those random invitations from around the world, Fenny believes the best thing about traveling in this way, beyond the free accommodation, is getting to experience life like the average person somewhere else.

“When I travel, I go and live with normal families. Some who I’ve met. Some who are relatives of people I’ve befriended somewhere else. I eat what they eat. I go where they go and, just like that , I know what it’s like to live in Tokyo or Argentina,” says Fenny. 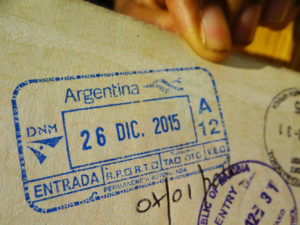 Largely unglamorous and sometimes living on biscuits and cheap buffets amidst feasting on different cultures, sights and sounds, Fenny sees the world on a budget buoyed by the hospitality of some the world’s most welcoming people.

“It’s not as bad as it sounds,” laughs Fenny. “Some people travel and want to stay in hotels. I travel and I live with good people and talk to locals who are often very good at directing you to affordable things to do.”

From trusting locals to trusting yourself, Fenny’s advice to the hesitant solo traveler is to just do it.

“Buy your ticket without being so certain about it. That way you either lose your money or have to work hard towards saving and generating funds so you can have spending money. Buying your ticket early when you have the funds makes you commit, it motivates you and it gives you something to be excited about,” says Fenny. 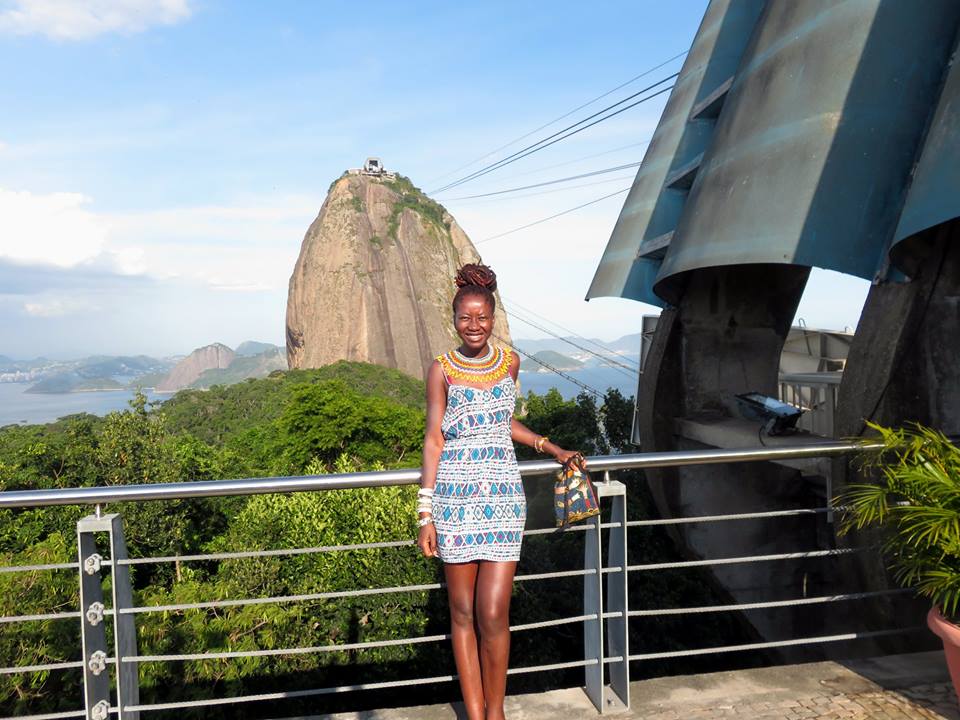 Though she’s been accused of being  odd, indulgent and little off her rocker, what with her love for living with strangers all the way across the world, Fenny maintains that, despite her seeming eccentricity, travel is truly something special.

“”I think everyone should travel, if they can. You know nothing until you travel. You’re likely to be ungrateful or think you have the best until you see the world and get out of your comfort zone.  Travel opens your mind and, if you’re doing it on a budget, you learn to survive, to change your plans and to take every opportunity like hopping on a bus to Brazil from Argentina because you realise you don’t actually need a visa,” she says with a laugh and spontaneous memories shining in her welcoming eyes. 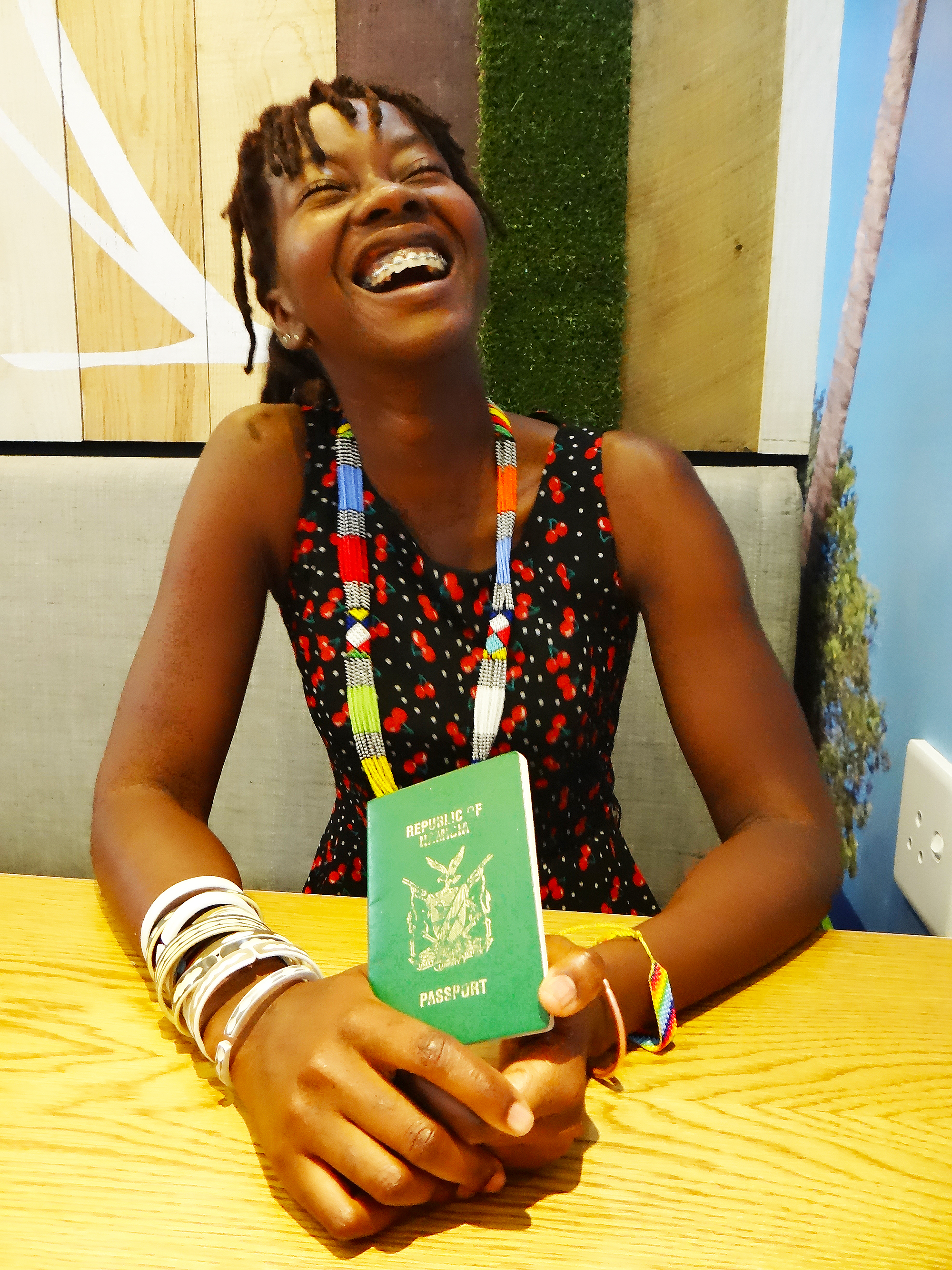 “We spend so much money on the same old forms of entertainment. Try traveling.

Accept those invitations or just start with any country that borders yours. The hardest part is getting a visa, if you need one. Once you have that, everything else is easy.

And there really are so many good people out there.”