Ask an entrepreneur about their biggest challenges and they may tell you about overheads, unreliable staff or rogue suppliers. Ask renowned local sushi c 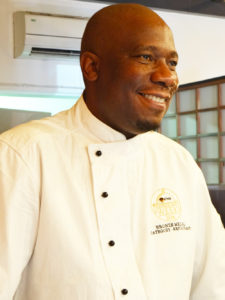 hef Master Makhosi the same question and watch him clutch his head as a haunted look settles in his eyes and he decisively replies:

Ever on the fresh produce frontlines amidst the bevvy of 09h00-11h00 shoppers equally interested in securing the best avocados for the least obscene price, Master Makhosi begins each day racing from shop to shop in an attempt to avoid the budget exploding aisles of Woolworths.

Once his adventures on the avocado trail yield enough produce to prevent the kind of riot he experienced when substituting the superfood with cucumber, the soft-spoken Zimbabwean-born chef makes his way to Ludwigsdorf’s Square Park where he’s been building his beloved business for the last two years. 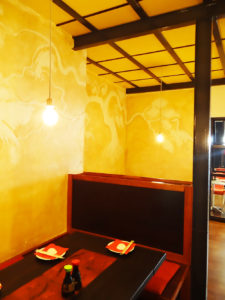 Synonymous with wildly popular bottomless sushi events, piping hot porcelain carafes of sake, delicious tempura prawns and the shy, dexterous chef who dreamed it all into existence, Daisho Sushi and Wine Bar opened on 2 September 2014 with a lesson about sashimi:

Don’t serve it at as part of an all-you-can-eat buffet. The cost will kill you.

Two years later, Master Makhosi whose birth name is Ngobamakhosi Mhlanga sits in his Japanese inspired restaurant having found a passion for the country’s most famous food while studying in Johannesburg.

Invited to train at the city’s Yamato Japanese Restaurant while pursuing ambitions to forge a career in hospitality and tourism, Master Makhosi learnt the art of sushi making in one of the best sushi spots in South Africa before a call from across the border brought him to Namibia.

With the now disappeared Sushi Teppanyaki’s Chef Solomon ringing about Namibia’s Great Sushi Chef Drought of 2007, the 36-year-old entrepreneur answered his call and relocated to Windhoek where he worked for a year and a half while falling irrevocably in love with the metropolis.

Bringing salmon joy to patrons of Sushi @ Nice for five years before deciding to give his own business a try in 2010, Master Makhosi spent a couple of years weighing and planning the feasibility of establishing a sushi restaurant in terms of finances, premises, marketing and clients. 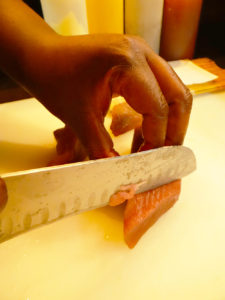 “The whole idea was to have a recognized name as a sushi chef and distinguish myself in terms of quality and service,” says Master Makhosi. “At Daisho Sushi and Wine Bar, you’re assured of fresh sushi. I don’t serve customers anything I won’t eat. I don’t serve anything that sleeps over and when I plate I do it with my heart.”

With sushi functions in Okahandja, Otjiwarongo and Tsumeb often pleasantly interrupted with ‘Hey! You’re Master Makhosi!’ it seems that the chef’s dreams of recognition and respect have come true. And while his dreams flourish, he also busies himself growing those of other’s with his in-restaurant training of aspiring Namibian sushi chefs.

Currently transferring his passion to an assistant chef, two kitchen staff and with the likes of Grove Spar’s Chef Elias holding the Daisho training flag high, beyond the technical aspects, Master Makhosi teaches his protégés what he believes is essential in a sushi chef.

“You have to have passion, patience for learning and people skills,” he says. “As a sushi chef you are always right there, talking to people who are always very curious about what you do. You also have to be creative. With sushi there is no set way of plating. You can freestyle, it’s art. Sometimes I go wild.” 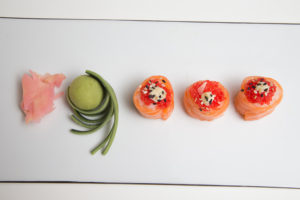 Serving his most popular dishes of tempura prawns, California rolls and salmon roses daily from 12h00 to 22h00, Master Makhosi hopes his business will expand to include a second smaller branch and a food truck but for now he’s just trying to get people to eat tuna.

While Windhoekers swear by salmon, sushi comes in many forms and, in addition to Bento Boxes, Master Makhosi is hard at work securing a reliable supplier of white fish as patrons’ palettes expand alongside his menu which has becoming increasing experimental.

Boasting the spicy salmon, tuna and avo Brave Roll as well as the tempura flaked Master Special Roll, Master Makhosi will be launching a new menu this month and is particularly excited about his Salmon Roses Reloaded.

“Daisho. Always fresh, always unique,” he says proudly as his six-year-old son runs through the restaurant and his mother Thandiwe calls him to eat his lunch of salmon sashimi imported fresh from Cape Town and cut cleanly at Daisho Sushi and Wine Bar. 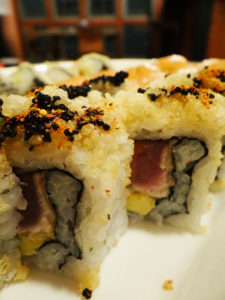