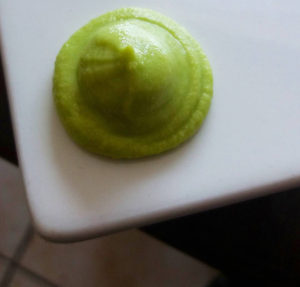 Every time I’ve tried to go to The Fish Deli, it’s been shut tight.

Closed for a public holiday.

Closed because Poseidon doesn’t want me to be great.

My friend Rob insists. That it’s wonderful. That the seafood is superb. That we drive there every time we are in town only for him to look shamefacedly at his shoes as we take in the dark interior and quietly wonder whether he has both literally and figuratively taken us for a ride. 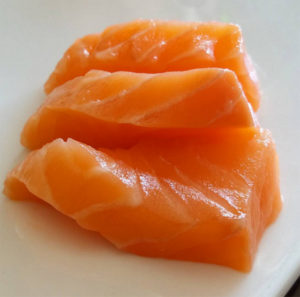 A few Tuesdays ago we were ready to go through the whole thing one more time for mad measure. Rob insisting. Rob driving. Rob blushing. But instead, to our total amazement, The Much Famed Fish Deli was open and absolutely teeming with seafood lovers from over the hill and across international waters.

Sitting pretty in a pool of pensioners, the Spanish fellow at the table across the way ensured we would be back the next day.

Though we were already feasting on thick cuts of salmon and tuna sashimi  for just N$39 for three, fabulously fresh hand rolls, prawns and California rolls, the man had moved beyond the obvious deliciousness  of sushi and sea cockroaches to sample a dish that caused heads to turn from kitchen to table as his waitress laid his meal down.

A quick query revealed the name. A Mango and Coriander Prawn Stir-Fry (N$105) that smelt of Asia and which a return trip confirmed was entirely worth being repetitive.  Well, the stir-fry and a serving of melt in the mouth kingklip and chips, potato wrapped prawns and a chilled bottle of  white wine, the name of which gets lost in a succulent seafood abyss. 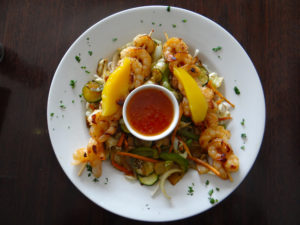 Also absolutely of note is The Fish Deli’s oysters which are delivered fresh daily.

Though they were out of stock when we arrived, a short wait brought us to the 15h00 delivery time after which a trio of oysters were presented to our table before sliding down three thoroughly satisfied throats which would have returned again the next day if it weren’t for work waiting in Windhoek. 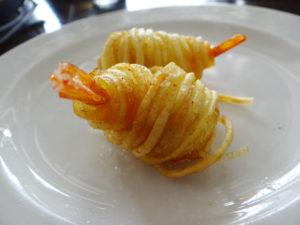 Laidback, lovely and offering quick enough service with a smile, when it comes to seafood, The Fish Deli is a Swakopmund must for the fish loving, the sushi seeking and those entirely unabashed about eating there for eternity.

The Immortal Life of Henrietta Lacks