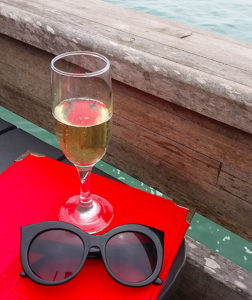 For the most part, I prefer to eat lunch without having to traverse a bridge between lovely life and flagrant fatality.

But if the rumours about Swakopmund’s Jetty 1905 are to be believed, the walk over roaring Atlantic to an outside table jutting out over pure ocean is well worth any anxiety one may feel about sucking down oysters in a century old structure that’s seen its fair share of reinforcement. 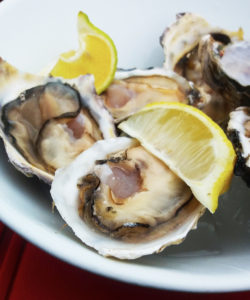 Marrying local maritime history with spectacular views and delicious food, “The Jetty” is a must for the sight seeking and seafood loving which is why, on Independence Day Weekend, my sisters and four of our friends make our way to the restaurant past a gaggle of selfie-taking tourists on the bridge or walking up the stairs to witness the endless horizon from the rooftop deck.

The decision is… breathtaking.

From its ocean view window in the floor to its understated décor which allow the sun and sea to speak for themselves, The Jetty is well worth the hype based on its use of natural light, scene and space alone but that says nothing of the food. 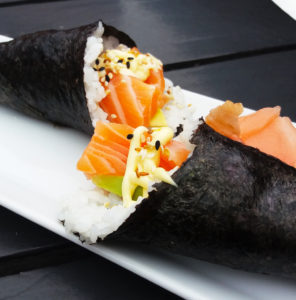 Everything is superb. And while service in Namibia often goes the way of the Titanic, The Jetty’s staff is almost beyond reproach bar an inordinate wait for our first order of drinks which was met with a sincere apology and improved service.

When not bellyaching about beer or digging into tender satisfaction, views from the top deck or the bridge are a dazzling distraction. However, if you manage to secure a seat on the restaurant’s deck, you can enjoy fresh air, sparkling sea and calls of “Hey, guys! There’s a massive turtle under the bridge! You have to see this!” before scurrying outside to photograph fuss.

Naturally, the rest of the afternoon can be sent soaki

ng up the sun or perching below a shade a friendly waiter pulls over you and your friends as you discuss the imagined trials of the big dead turtle whose half eaten body, according to various patrons on the deck, must have been a result of shark chomping, boat propeller or grisly decay.

This  prior to discussing how terrifying the ocean is in general before launching into an analysis of whether or not Rose could have made space for Jack. It’s an argument as old as the movie and there is no better place to have it than at Jetty 1905.

A dazzlingly delicious and almost perfect little perch in the middle of the ocean.

At Sea with Sunsail