On a Tuesday night in Uptown New Orleans, the topic is shrimp and alligator sausage cheesecake. A crowd has gathered to grab a bite at Jacques-Imo’s below its boast of “warm beer, lousy food, poor service” and 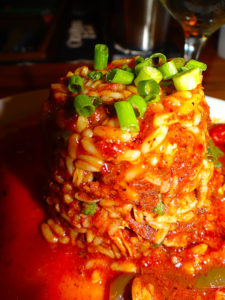 digs into piping hot towers of Creole jambalaya, fried rabbit tenderloin and considers the cheesecake on a scale of superb to definite date with toilet.

Those who’ve had it, swear by it. First timers who look skyward and find a collection of paintings casually stuck to the ceiling are intrigued and many more skip the cheesecake, hoover some crawfish etouffee and head to the bar next door where a line extends back towards Jacques-Imo’s on Oak 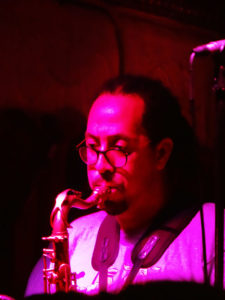 Street in a Tuesday night tradition.

Rebirth at The Maple Leaf.

A red-lit, crowded, whiskey-fueled evening in which the Grammy-award winning brass band proves that jazz, New Orleans’ claim to fame, is alive and well. Funky, boisterous, blowing the gathered away in a swell of saxophone, trumpet and trombone.

It’s a work night but The Maple Leaf heaves with hordes from everywhere you can imagine. 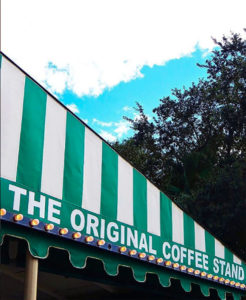 New Orlean’s French influence extends beyond the deep-fried choux pastry. The largest city in Louisiana, a former French then Spanish colony, the city astounds in its clash of influences ranging from the colonial to the Haitian.

Below the French Quarter’s colonial cast iron balconies, Haiti’s enduring legacy is evident in the Baron Samedi masks. Free fright fare handed out to tourists embarking on one of various Haunted History Tours below the iconic image of the Haitian Vodou spirit of the dead. 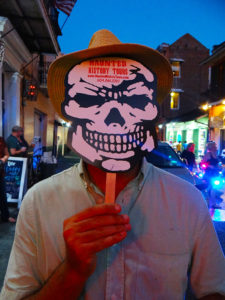 Itineraries are compared in whispers in front of the home of 19th century voodoo priestess Marie Laveau.

Hurried exchanges that nod enthusiastically or note New Orleans’ must-see locations including the gothic Lafayette cemetery with its molding mausoleums, dinner and jazz down the Mississippi River on the Steamboat Natchez, a historic streetcar ride past the mansions of St Charles Avenue, drinks at the Hotel Monteleone’s rotating bar, antique, art and gallery viewing on Magazine Street and the requisite stroll through Louis Armstrong Park’s Congo Square where slaves once gathered to sing, dance, market and eventually buy their freedom. 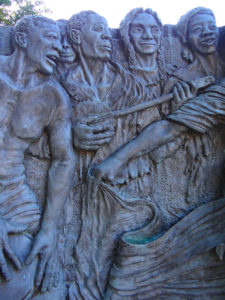 Beyond the beignets, the etouffee, The Maple Leaf and the voodoo tours, inevitably there is Bourbon Street.

A pulsating, all-day extravaganza extending 13 blocks from Canal Street to Esplanade Avenue in a slash of neon announcing bars, strip clubs, dive bars or blinking devilishly above those stumbling through its streets. 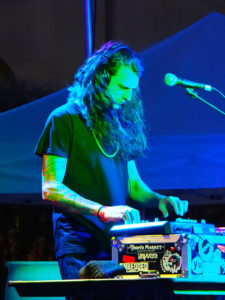 A city that never sleeps but which offers numerous places to pop into and clean up a little before descending on all New Orleans has to offer, hotels in the French Quarter look down on Bourbon Street while more tranquil digs such as Catahoula Hotel propose a little peace and a Pisco bar within walking distance of all the action.

Teeming with living history and culture sometimes as faux as it is fascinating, New Orleans on a Tuesday is much like it is on any day. Incomparable, intense, crumbling even as it creates. 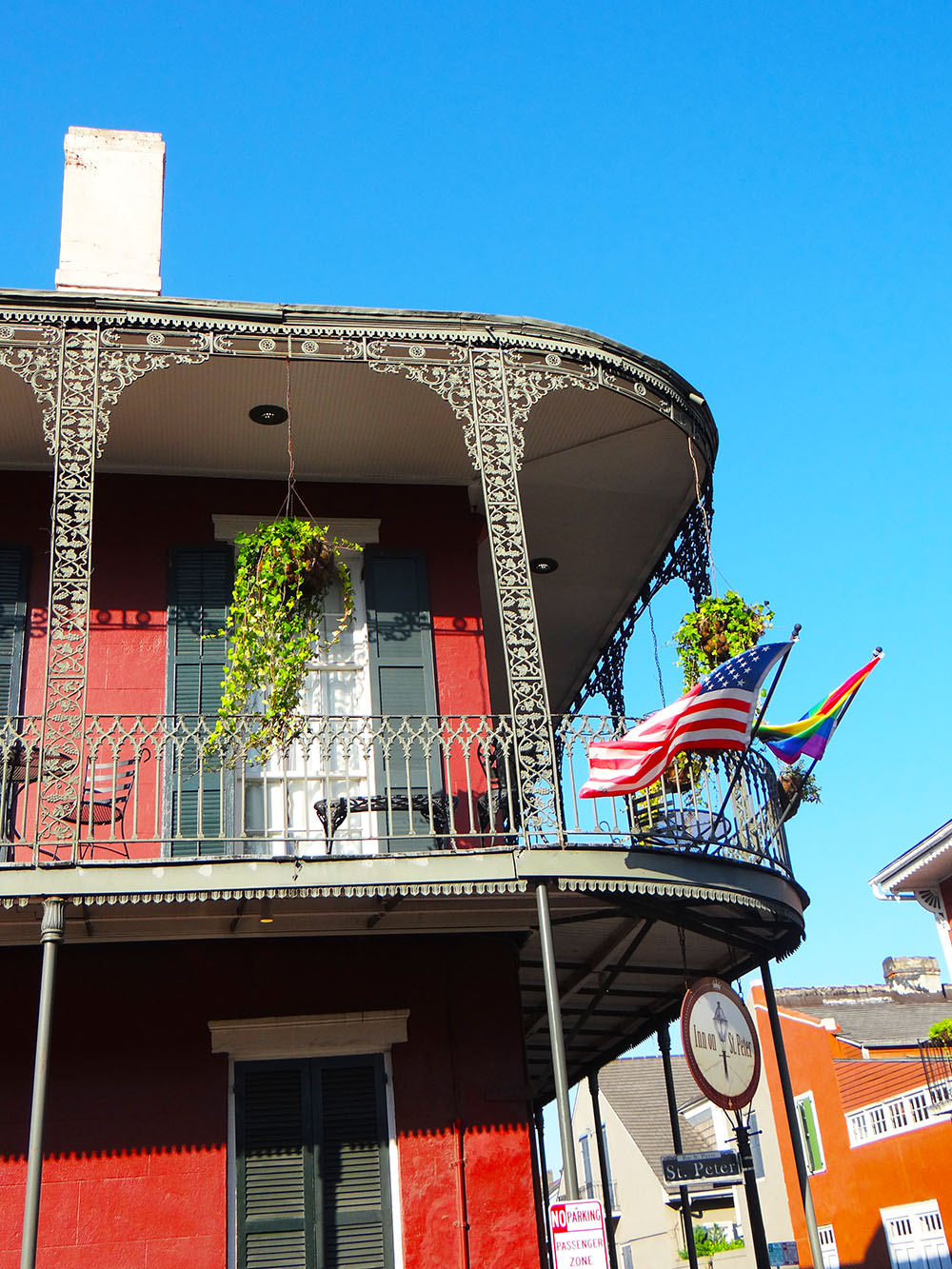