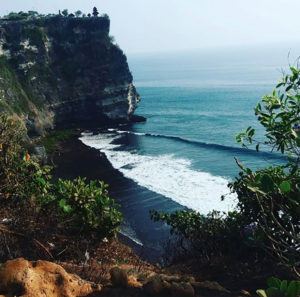 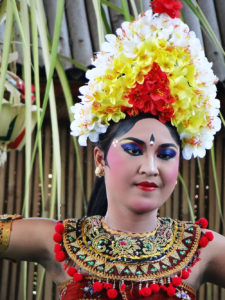 The word “wonderful” is a big brag. It’s a term that connotes pleasure,delight and admiration and to use it as the defining word for an entire country may seem a little immodest. Unless, of course, that country is Indonesia.

Wonderful Indonesia with its endless adventures for the soul, the tongue and the traveler seeking ancient temples, succulent beef rendang and breathtaking sights of sea and sand, volcanoes and vistas as well as the lure of coral reefs and Kecak performers dancing dazzlingly beneath the setting sun.

From the bustle of Jakarta to the vibrance of Bali and the lore of Lombok, Indonesia is a sprawling archipelago made of thousands of islands which are home to over 250 million people divided into 300 ethnic groups speaking 742 languages and dialects.

A veritable hive of humanity, Indonesia is most popularly experienced through Bali where Kuta’s lively bars draw in the young, Ubud entices the intellectual and the artistic and the relatively tranquil Sanur soothes the soul.

Though Bali’s boasts are well documented, it is certainly not all Indonesia has to offer and those ready to travel by road, by air and by boat will find the country secrets far more wonder than ever imagined. 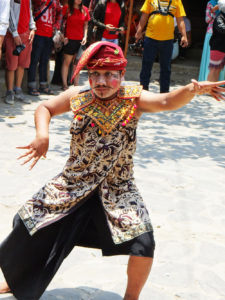 Enthralling for the eye and rich in history, a trip to Lombok is made all the more magic with a visit to the fountain of youth at Narmada Park. An exquisite ancient garden commissioned by King Anak Agung Gde Ngurah Karangasem in the 18th century as a replica of Mount Rinjani and Segara Anak lake when the king was too old to travel there for worship.

The sea temple Pura Batu Bolong is another Lombok site of intrigue where one can walk through a rock hewn Hindu temple before slipping slowly through a cavity that reveals sun soaked ocean.

Renowned for their traditional weaving, Lombok’s Sukarara and Sasak Sade village are a living museum of dance and handicrafts where women weave intricate fabrics on traditional looms in a manner passed down for generations in a strange must-see meeting of history, modernity and material.

Though notoriously a thing of myth and Game of Thrones, in Indonesia, dragons are real and the villians in stories about little boys meeting their demise while picking fruit in the forest just west of Flores. 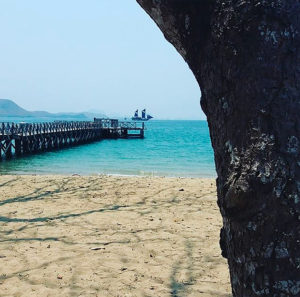 Named for the island, the Komodo dragon is the largest lizard on Earth and makes the former island of convicts its hunting home.  A member of the monitor lizard family and growing up to three metres long at a weight of 70kgs, the carnivorous Komodo dragon is certainly a sight to see.

From behind a trained guide with a special stick.

Just one of seven pink beaches in the world, Pantai Merah is one more Komodo wonder and its blushing coastline and spectacular coral reefs make for a dazzling day spent snorkeling, sunning and soaking up all the blue sky and clear water have to offer. 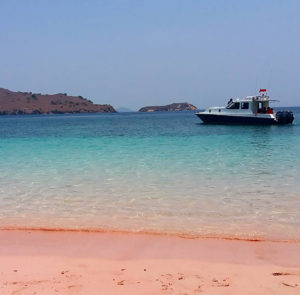 A niche of natural wonder, Pink Beach occurs through the mixing of white sand with red coral that gives the coastline its surreal hue. An essential sight for photographers, dreamers and nature lovers, Pink Beach is calm, curious and beautifully bizarre.

A somewhat haphazard little fishing town located at the western end of Flores in East Indonesia, Labuan Bajo is a centre teeming with tourists making use of its harbour to sail out to Komodo Island and Pink Beach on all manner of vessel given to floating. 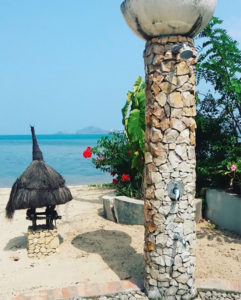 Famed for its sunsets and its panoramic view of the harbor replete with a scattering of islands, Labuan Bajo is a fast growing transit town quickly meeting the eating, sightseeing and currency demands of tourists and divers seeking exciting alternatives to the bustle of Bali.

For the culture curious, just 17km from Labuan Bajo is Melo village where tourists can enjoy an authentic Manggarain experience including eating and drinking traditional food while the village chief expounds on the clan’s history and culture which is a blend of Roman Catholicism and traditional rituals. 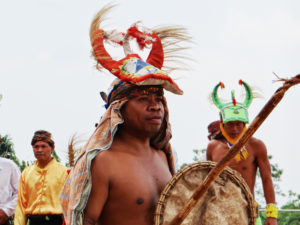 One of these rituals is the Caci dance. A whip and shield fight featuring two clansmen who set out to prove their strength, acknowledge the harvest season or welcome special guests.

An island that needs little introduction, Bali is indeed a burst of bars and beautiful beaches, endless shopping and stunning sun rises and sets.

This in addition to temples as singular and striking as Pura Luhur Uluwatu. A 10th century directional temple said to protect the island from evil spirits in the southwest that overlooks the ocean which acts as a backdrop to the Kecak dance  performed at sunset in a whirl of chants, dance and fire. 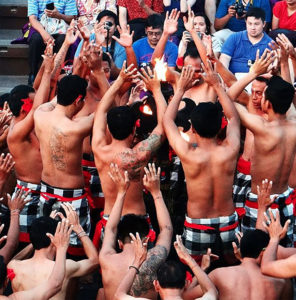 Also somewhat off the beaten Bali path is a trip to Ubud where readers and writers can join an inspiring literature festival promoting Indonesian authors in a town renowned for its artisans, museums, restaurants and cafes.

Tranquil, creative and absolutely exquisite in its terraced rice paddies, forests and ravines, Ubud is Bali for those seeking, nurturing and enflamed by inspiration.

Not anywhere near all the sights and sounds Indonesia’s whirl of colour, culture and cuisine has to offer, these are just some of the spectacular spots that capture the eyes and ensnare the senses while casually illustrating  the reality of the country’s  trite but truthful boast…

Martha Mukaiwa spent 9 days in Indonesia as a guest of the Indonesian Ministry of Tourism. For more photos and comments about her trip, click through to her Instagram or search the Instagram hashtag #indomarth 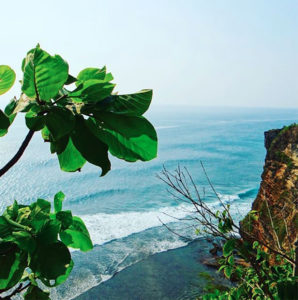 The Sasak of Sade